Happy New Year to Everyone from The Deafening Colors!

We couldn't be more excited to announce the forthcoming release of our new album, RUN PASS OPTION on 1-29-19.

Streaming, listening, and purchase details are to come over the course of the next few weeks.

For now, here are a few notes about the album:

At some moments and in a multitude of manners, 2018 was a turbulent year for (one of) us. At the same time, taken in totality, 2018 was as productive as we've been in ages.

These songs on RUN PASS OPTION are culled from various recording sessions over the past, well, five years. As these tracks took shape, we could not help but notice that - like those sessions for what became Carousel Season in 2014/2015 - there were more and more themes emergent in what we were making.

We had plenty of recorded material, but these six songs just seemed "right" together. So, we doubled down on what we felt. At six songs, it's a bit shorter in total length than the last release, but we like narratives and we tried our level best to weave a tight one into these six songs.

Maybe you will hear it? Maybe not? That is the tricky thing about a creative endeavor, isn't it? That constant wonder: will others see or hear or feel in this what we do? Should anyone even care about this?

Still, even though we've been making music for a long time now, telling anyone "we've got a new record coming out!" feels a lot like it did when the two of us started recording songs to tape recorders from Radio Shack as 14-or-15 year olds in 2001 or so: it's alternately nerve-wracking and exhilarating, and sometimes it is both at once.

I hope that we've made at least this clear - we're excited to get this out to you.

Some of you who've been tuned in for a long time might like to know that, at times, this one strikes us as more in line with Upstairs than the last album. To that end, to those of you (Jerry, Gennone and Merclean - we're basically talking to you guys and your respective crews,) who still tell us how much you like Upstairs, thanks for being patient with us and thanks even more for sticking with us for all of these years. Sincerely, your support still means everything to us.

Most of the time, we're after a feeling more so than any proper noun: that holds true even when the proper nouns make it into the songs. This one is maybe a little (or a lot) less literal than Carousel Season, but it's got a story to tell...even if you (we?) are not quite sure whose it is.

We write words and melodies together and in most cases probably forget precisely who contributed what to which track. This much we recall:

John sings all of the vocal parts on this record and plays some of the guitar and bass parts.

Cris plays a lot of the guitar and bass parts as well as the keyboards and the drums.

Cris records, mixes, and masters it. John notes what works and what doesn't. Then we repeat this process as many times as necessary in order to try our collective best to make some sense of it.

I mention this only to preemptively address the inevitable questions:

Candidly, as of this writing, we're not sure quite how to play this stuff live.

We are certain of this much: we want our compatriots - the extraordinarily talented, harmonizing rhythm section comprised of Gerard Canonico and Mikey Winslow - to be there for it.

Since they're (actually) on Broadway acting, we'll give you more when we have more to tell you.

For now, have a look at the track list and remember:

RUN PASS OPTION, the new album from The Deafening Colors, comes out on January 29th, 2019.

New Single from The Deafening Colors OUT NOW: "She Moved to Oklahoma"

Are you thankful for TDC? Because The Deafening Colors have started recording a new album...

Thanks for the love at Arlene's Grocery! 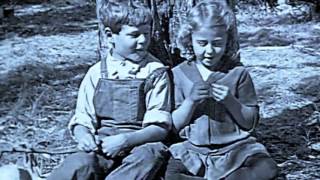 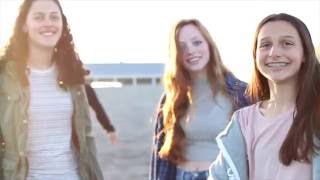